Sometimes, something catches your eye, and you don’t quite know why. This fellow is such a thing. We have named him Hank. It was an immediate response to the character on the paper. I really have no idea who he is. He could be Hank, an all American dude hanging out in 1970’s Florida with its ‘scenes’ where sexuality is fluid and the night life is driven by hedonism. He could just as well be Malcolm who’s driven his Ford Capri down to Margate to enjoy the beach for the weekend and work on his tan. Whoever he is, I find him striking and Hank is the name we’re sticking with. I found him at an auction and there was no name and no title. There are just some initials that are unclear and a date, ’78 (1978 makes him the same age as me).

So, why did I buy him? Usually I try to go for pictures that have some clear provenance or artist details, and this has neither. What it does have is confidence. Confidence and optimism. Hank himself has been drawn with a sure hand and lovely detail. And he is large, not a doodle on a piece of A4 paper, but confident and large for all to see, on a piece of paper that is 100 by 75 centimetres. No messing about. 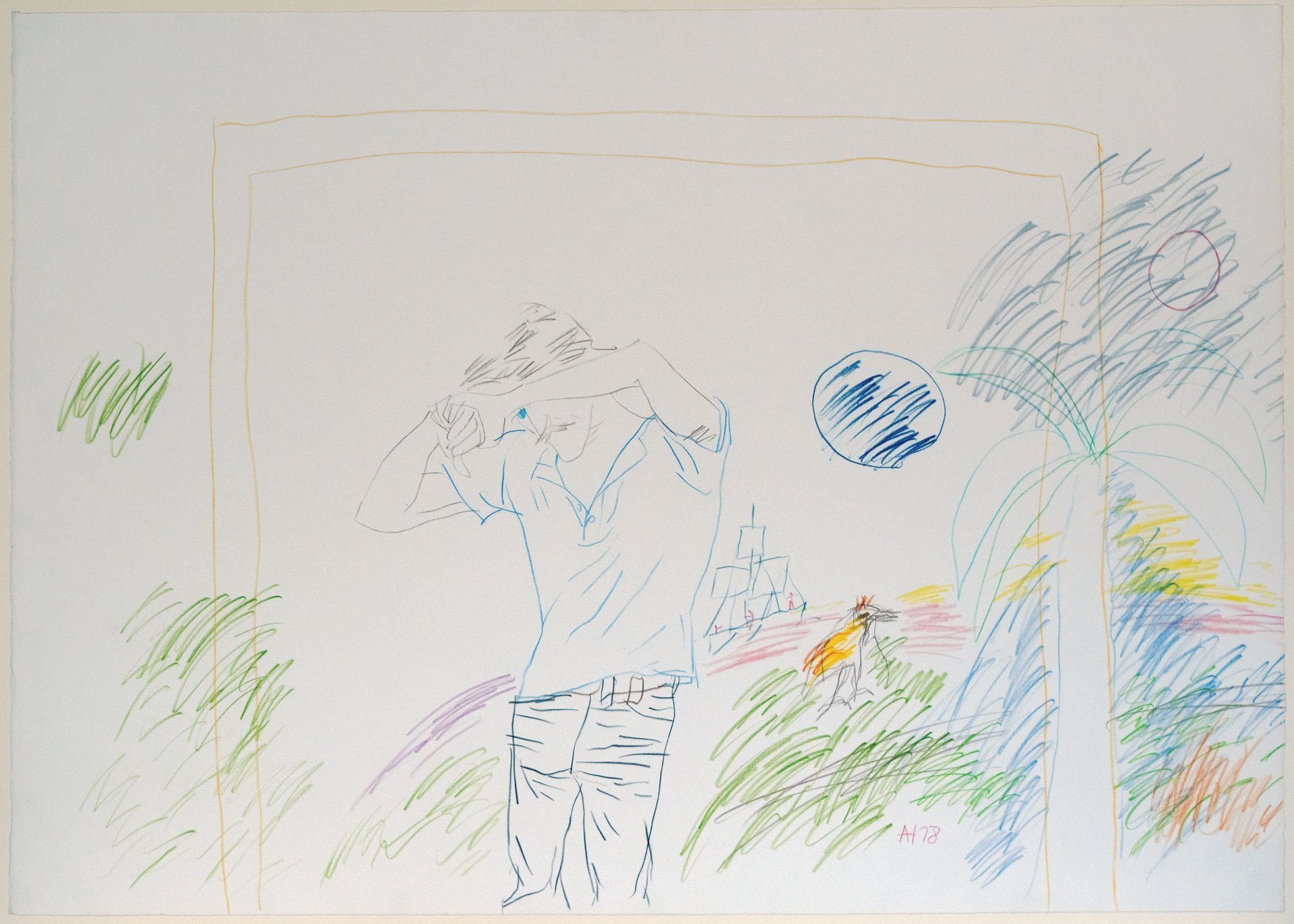 It reminded me of early works by David Hockney, and I feel Hank’s creator must have been inspired by Hockney’s work. The use of coloured pencil on paper, the structural forms, the spindly palm tree, and the space on the paper are all reminiscent of Hockney’s work.

The picture below by Hockney from 1978 is a good example. 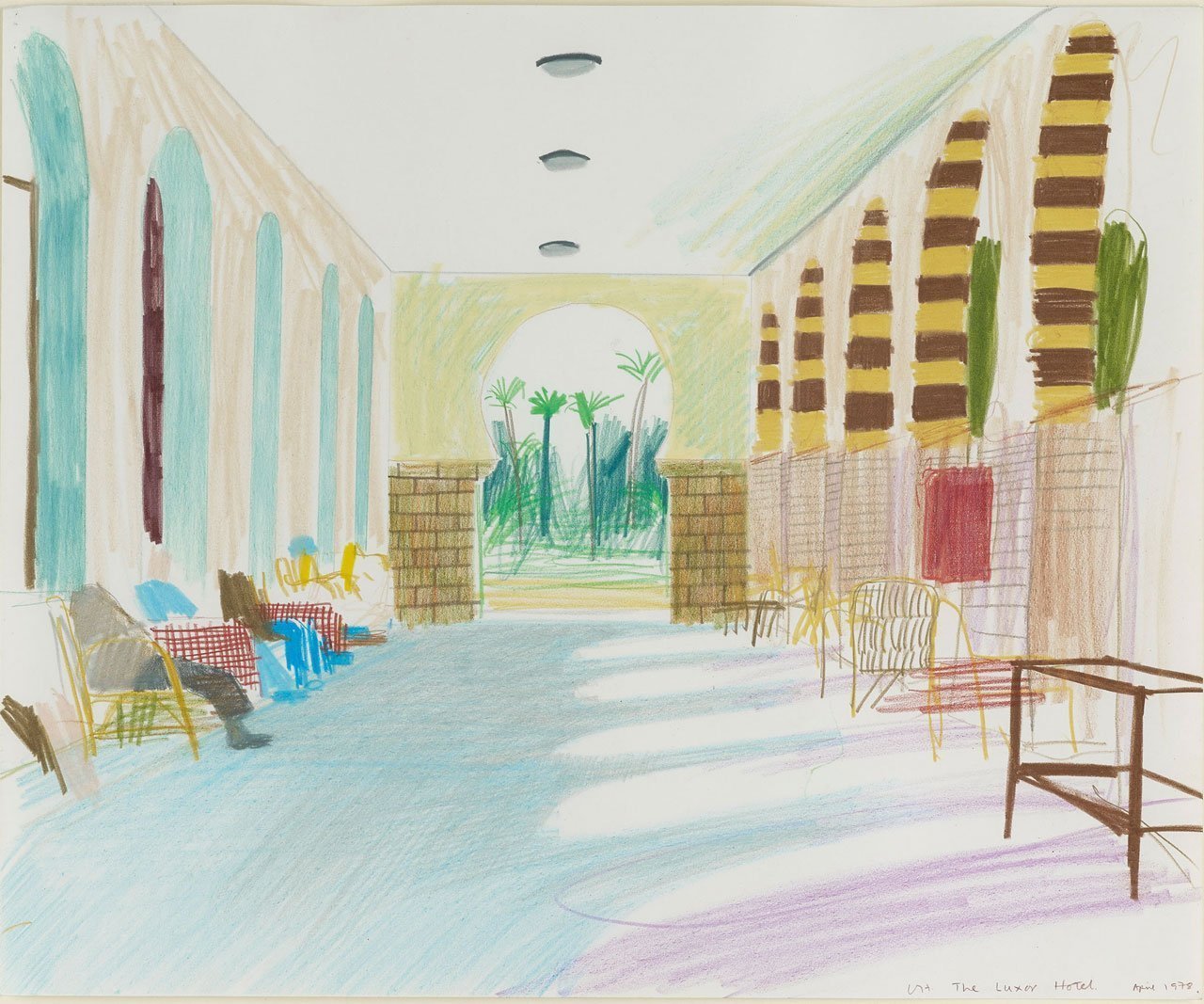 Hockney has always been interested in representing place and the people in it, either by inclusion or exclusion of those people from the context of that place.

To me painting is picture making. I am not that interested in painting that doesn’t depict the visible world. I mean, it might be perfectly good art it just doesn’t interest me that much.

The picture of Hank does the same, setting him in a scene or placing him on a stage set. In the mid and late 70’s, Hockney produced stage designs for operas at Glyndebourne. This led to a simplification of his work and a larger scale. It is easy to see how the artist who drew Hank could have taken inspiration from some of these stage set inspired studies. 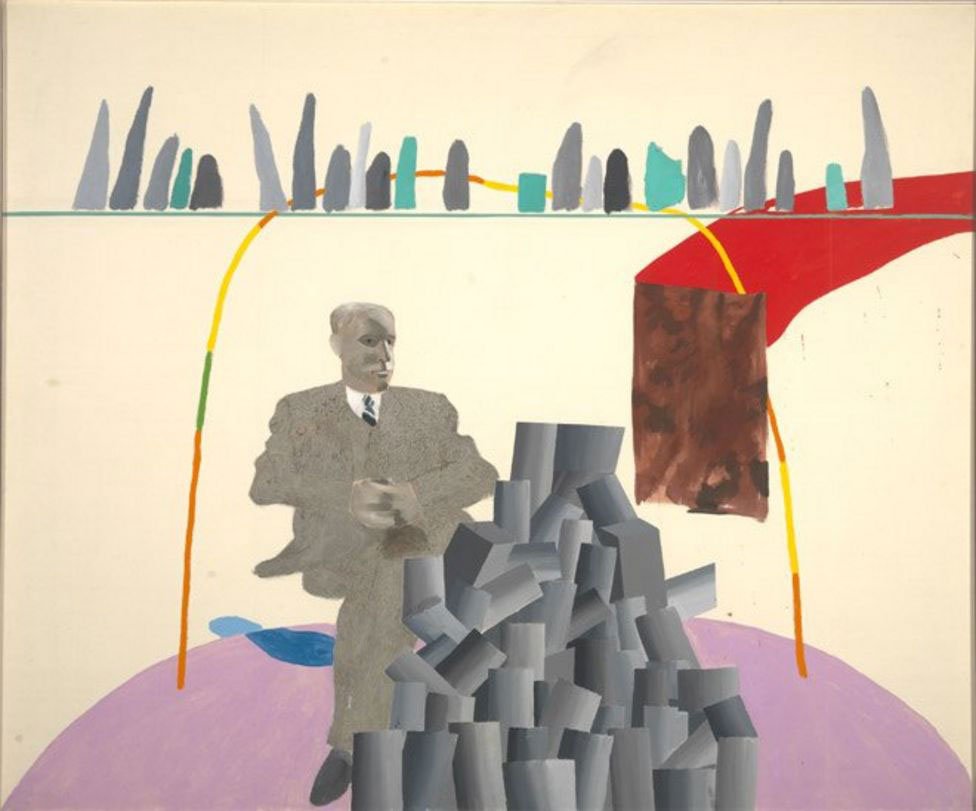 In the picture below, we see those coloured pencils in Hockney’s Still Life with TV (1968/9). Pencil crayons were bright, instant and graphic. In the late 70’s, Hockney moved to LA - his ‘promised land’ of sunshine. The drawing of Hank is from the same era. In 1978, the future seemed bright and anything was possible, and it was a time before the HIV/AIDS epidemic began sweeping through the U.S. 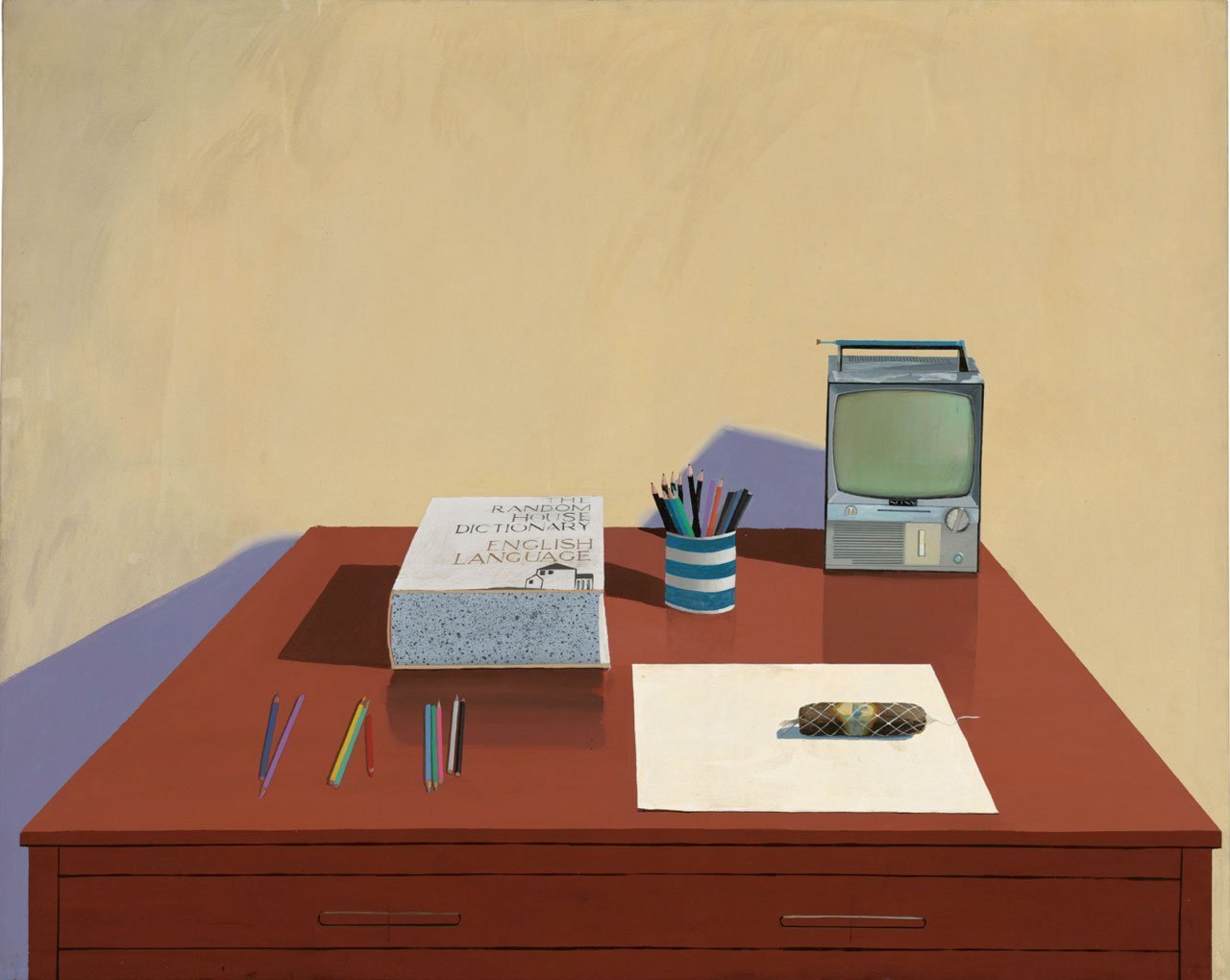 I like the vitality of this picture of Hank. I enjoy its spare but bold lines. I like to explore the space on the page and the yellow frame in which Hank is set.

So back to the initial question. Why did I buy him? There is something liberating about knowing nothing about a piece of art. There is nothing holding you back from embellishing it with your own imagination. No biography which places it within a predefined context. Without any provenance, I am free to name Hank, Hank. I am free to wonder about his story, and hope that he finds a new wall in the sunshine where more stories are spun about him, his life and where he is from.

He could have been inspired by Hockney, but I like to think Elmo had a hand in it to. 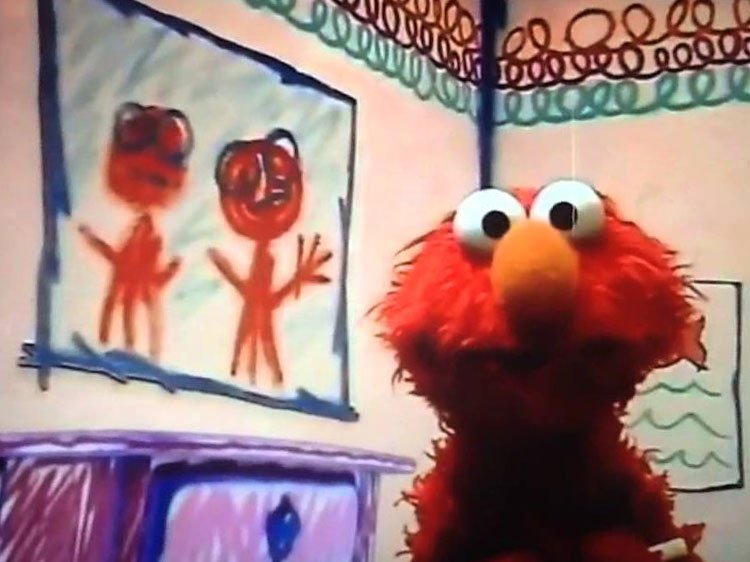