Is there something in a name?

I was looking through the catalogue of artists that I have collected. I am beginning to think that having the name Anthony might imbue a person with artistic creativity - wrap them up in a cocoon of Anthony inspiration – which can then be liberally set free on art on paper. If I wanted to stack the odds in favour of my becoming an established and successful artist, I would definitely consider a change of name. I wonder if Antonia has the same artistic properties? As things stand, I am very content with my own name, spending my time sourcing other Anthony derived pictures (not exclusively) to add to my stock. Although I have no scientific evidence to support my 'Anthony' theory, I present the research below.

The artist Anthony Gross CBE RA (1905–1984) had bags of ‘Anthony Inspiration’. A painter print maker, war artist, film director and commercial designer (of book covers), whose draughtsmanship sings out. I spotted this etching of his, amongst a pile of dusty prints – unbelievable! It called out to be rescued and is now clean, tidy and looking fabulous. 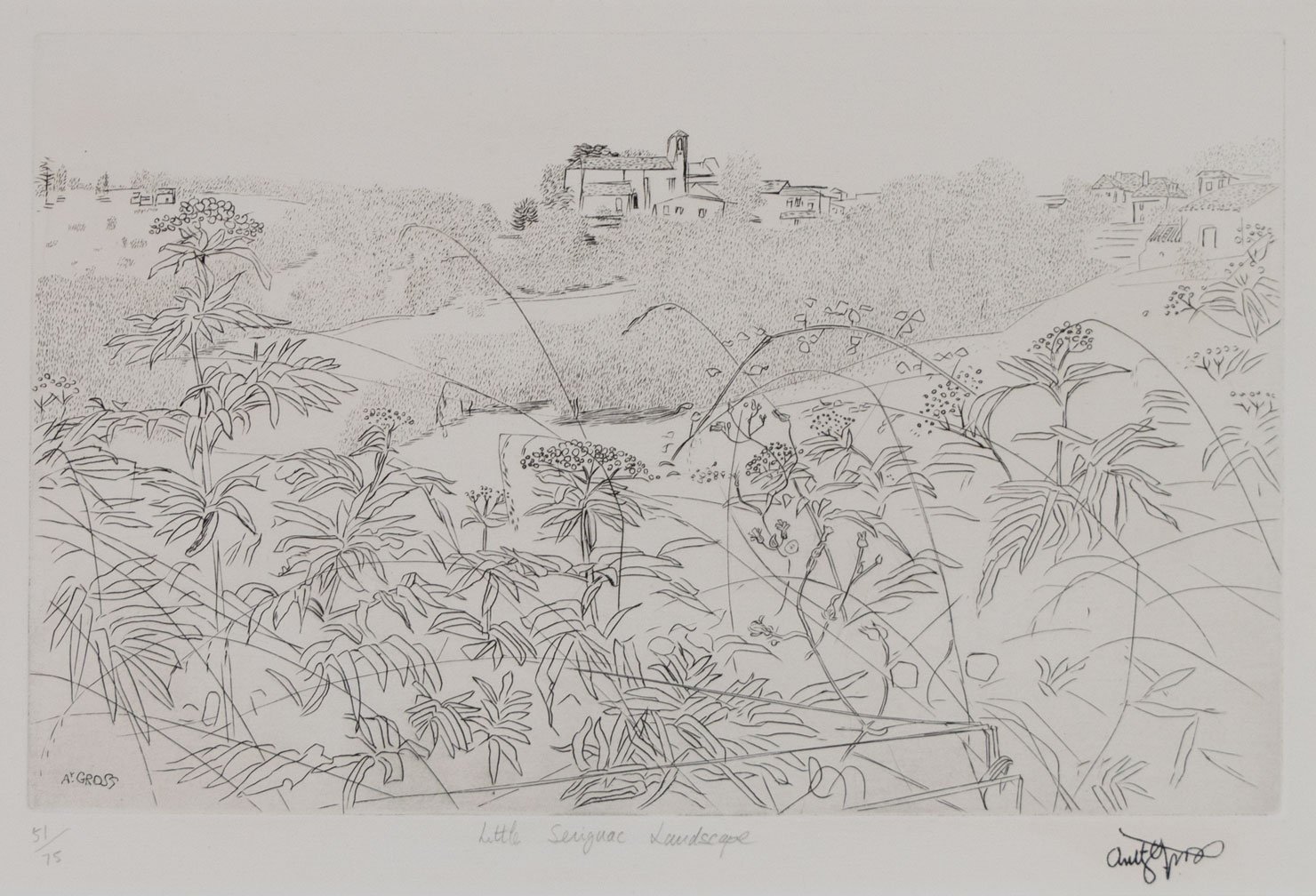 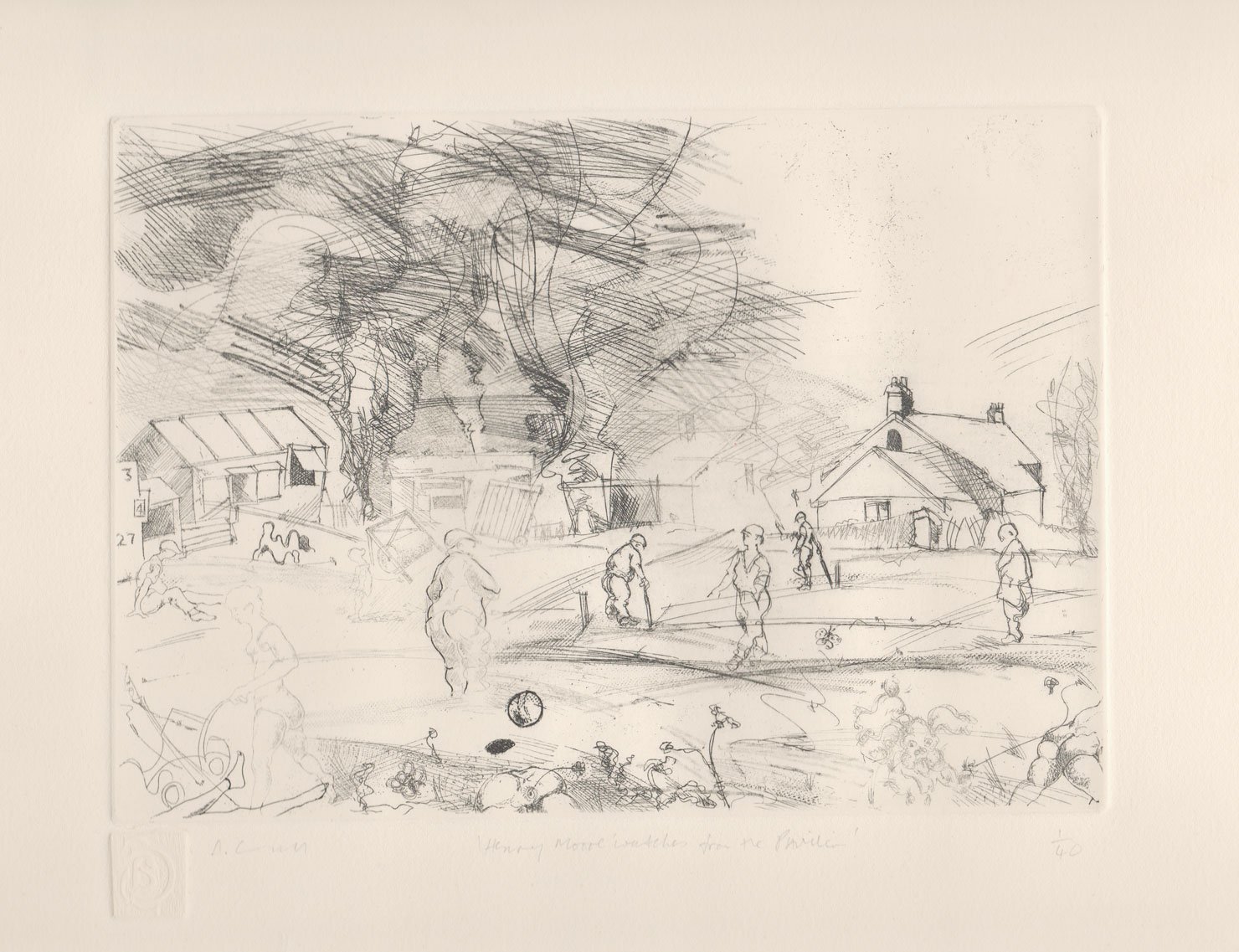 I have several prints from a cricketing series from the 1990’s by Anthony Currell (b. 1942). He is perhaps most well known for his ‘Miners’ Forms’ Wales series from the 1963. The Museum of Modern Art (NY) has one of these in their collection and the V&A (London) has Memories of the Levant, No. 1 (1964). He studied at Atelier 17, Paris, under S.W. Hayter in 1964, which is something he has in common with another Anthony in my collection, Anthony Benjamin.

Anthony Benjamin (1931 – 2002) studied at Atelier 17 with Hayter from 1958 to 1959. He also lived and worked in St Ives, Cornwall where he became one of the Newlyn Society of Artists (incidentally, he met Karl Weschke (1925 – 2005) there, who moved to Cornwall in 1956 and is also represented in my gallery - small world). I love the graphic style of Benjamin’s work – apparently inspired by the art of the Early Renaissance that he saw on his travels in Italy in the 1960s.

I have a Tony in my 'Anthony collection' (image coming soon ...). I asked Tony if he was an Anthony, to which he replied ‘it is not a quick answer’. As ever, a great deal rests with a name. It is part of your identity. Tony Kerins is a Tony these days, unless he is visiting his family in Lancashire – where he is still an Anthony. Growing up, he said Tony was a bit ‘ice-creamish’ (and later a bit Sopranos), and that he felt more like an Anthony. That is, until he want to London and met ‘a whole generation of posh people called Anthony’– which made him feel a bit culturally disconnected from the name. His studies from life are fabulous although it is an earlier black and white etching that I have available. 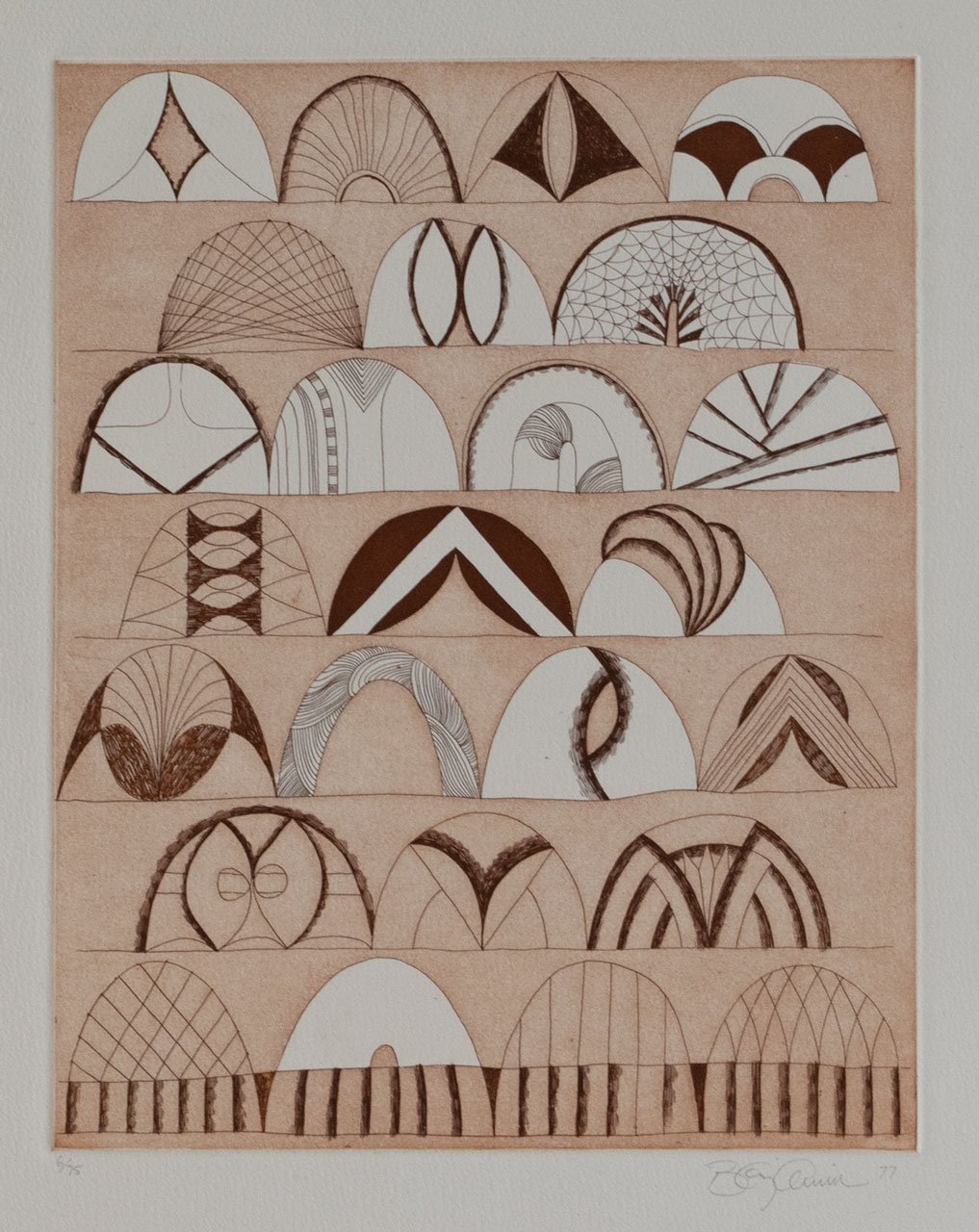 I have one more Anthony currently in my studio, although not an original. It is an engraving by Robert Strange (1721-1792) from the painting of Charles Prince of Wales, James Duke of York, and Princess Mary; Children of King Charles the 1st. by Anthony Van Dyke. One of these prints is in the British Museum Collection. Not my usual type of Anthony, but discovered in an auction lot, barely visible behind the cobwebs and acid damage. I am sure it will feel better after a good restoration!

Perhaps the saintly connection of the name Anthony helps these artists to find an artistic direction. Perhaps it helps me to find their work! Perhaps it was just a moment in time that put the Anthony in ascendance. Whatever the circumstances, I am grateful to the Anthonys, and wish any others out there, equal success.

Some of the works in this article are in the online gallery.